Articles Do It Yourself Equipment Learning
0 Comments 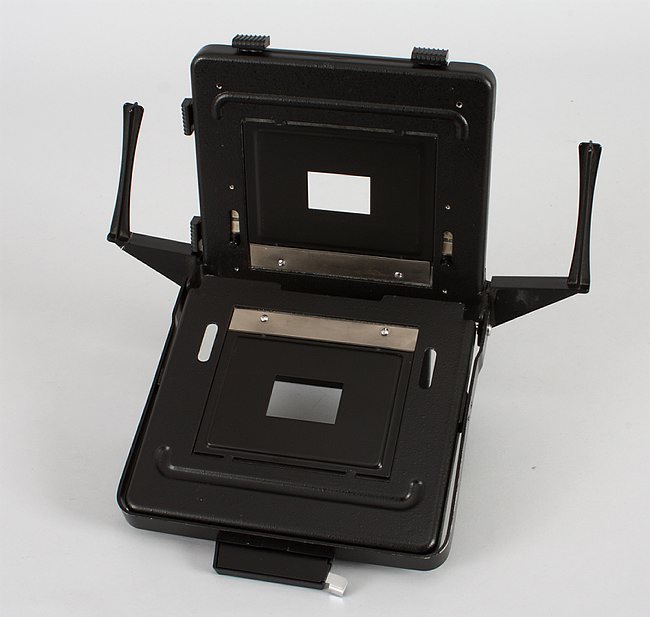 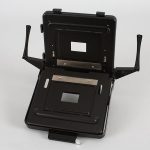 Meopta discontinued the manufacturing and repair of the Meopta enlarger a long time ago. So, it is difficult to find the right knowledge to do repair on those equipments. I had to improvise…

Inserted carrier misaligned, checked is not light-proof, and also the shutter focus system completely out of focus. Calibration and repair highly advisable!

Is very difficult use the clear glass with the 35mm metal insert and use the leveler that opens the insert a little, to allow small adjustments in the film position. Even worse, this leveler was also not calibrated, and with the insert glass, it never keeps the open position, so it was not possible adjust the film position without scratch the film!

I acquired from RK-Photographic in England (yes, still available!), the 35mm and the 60mm x 70mm Meopta original inserts, in the same shop I acquired the Meopta original focusing turn knob extension – a great value to fine tune the focus without check in the dark where the focus knob is!.

The carrier base is composed by pivoted folders, with the lower one composed by two pieces. The upper one, which receives the 35mm window (similar to the carrier upper part), and the lower part where the margin blades are placed. Some small pieces of dark foam where cut and placed over the blades knobs. The lower metal sandwich is adjusted by 3 screws, which allows adjust the lower insert position and the amount of opening the film adjusting leveler allows. The adjustment is done screwing full all the screws and unscrewing until tuned in a trial&error fashion. Unscrew the screws to the position where the leveler stills open and the film can be adjusted with no force and with the minimal gap. In my case, I had to cut both 3mm of the forward screws (the rear one is smaller), so the insert can enter without the screws touching the enlarger.

Use a Quality spirit lever

You will need a very good quality spirit lever. Level the easel. A bad leveling produces distortions in pictures! As a suggestion, you can buy some screwed table supports, so the leveling calibration task can be done easily. The spirit level must be leveled in every angle of the easel plane.

In my attempt to use my meopta first time, I detected the misaligned of the shutter focus with picture focus. So, alignment attempt required…

2 – Put a negative in the carrier and focus it using a specialized magnifier (like the Paterson model).

3 – Unscrew both screws in equal parts in several attempts, checking at every try if the scope of the shutter focusing system is focused.