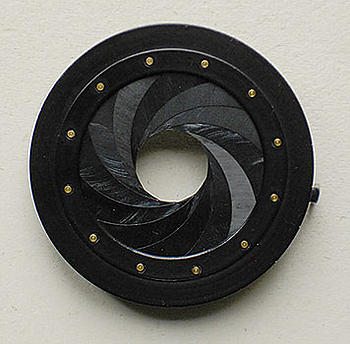 Warning: this article is under construction!

Depth of field is the range of object distances within which objects around are with acceptable sharpness. We can only have one perfect focus over an object at a certain distance. Sharpness drops off gradually in front of and behind that distance.

Deep of field is controlled by lens aperture, the focus distance and the focal length of the lens currently in use.

Before taking a picture, you must decide how much the image should be in focus fr and if the background should be sharp ou out of focus.

If you have a lens with the focus distances marked on it, you’ll notice that the distance the focus ring needs to be pushed to go from 2 to 5 metres is about the same as from 0.8 to 1 meters. And then there is hardly any distance from 15 meters feet to infinity. So at f/4 on a 50mm lens I could have from 15 meters and everything behind that in focus, or I could have almost the distance between 2 and 5 meters.

To take the shallowest possible depth of field, try to bring as much separation as possible between the subject in focus and the background, for example a headshot will render a distant background out of focus at almost any aperture. If the lens you are using also has marks for the depth of field at each given aperture you’ll be able to see how this distance effects each f/stop. 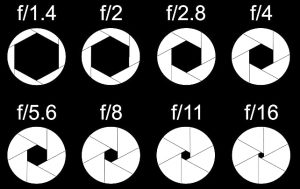 Aperture is the light quantity the diaphragm allows to enter. Changing an aperture means changing the quantity of light entering through the lens. The lens aperture dial, regulated by increments, narrow or wide the diaphragm blades.

Despite the need to reduce light entering in the camera in some special bright environments using  smaller apertures, the aperture is most used for adjusting the deep of field.

Pictures with subjects in focus and blurred backgrounds are often take with wider apertures. Despite the more light entering in the camera, is a great way to obtain the desired blur effect in the backgrounds. 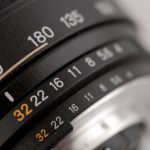 In terms of camera’s lens specifications, lens are marked with their widest aperture or range apertures.

Zoom lens are normally marked with a range, for example f/1.8-f/5.6

The choice of the right aperture depends on each situation and the lens type you’re using.

Lens booklets normally give recommendations and guidance for composing photos. You can use it as a start, or choose a trial and error method to see both deep of field and aperture numbers in action.

When using film cameras, the last method is a little expensive, so I advice try to use lens charts and have write notes for each photo you take, so you can check those values when analyzing the photo. 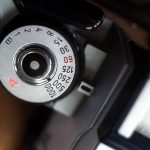 Shutter speed have implications in two main parameters: light and motion. With light I mean the quantity of light enters in the camera. The longer the shutter speed, the more the light enters. In static pictures, like landscape, with no movements, shutter speed is determinant when calibrating light, as we control it with the aperture. In those cases, is a combination of both. Things change when we try to capture motion scenes! See future articles about using the shutter speed to capture motion objects and his effects.

The shutter speed of 1/60 (1 second divided by 60 = o,o167 second) is usually used as a reference shutter speed. Photography of images in movement with  shutter speeds slower than 1/60 requires a tripod (some modern digital cameras and lens have image stabilization compensation embedded).

Some cameras allows very fast shutter speeds of 1/4000. And have also the bubble setting, meaning the shutter remains open all the time you press it. This setting allows very slow shutter speeds, and is very advisable use a remote shutter button, the minimize the camera shake during the photo take.. 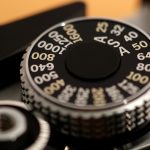 As a rule of thumb, the darker the scenes and the faster the speed you choose, the higher the ISO you needed to get a good photo.

As consequence you get a higher grain in higher ISO settings.

If you choose set manually your camera ISO, if your camera have TTL ((T)through (T)he (L)ens – see future other future articles about this) the camera compensates the speed and aperture with the TTL system.

If you choose higher ISO numbers, the shutter speed can also be fast, even the resulting increment of grain. This is a special situation in some dark environments with some moving scene objects.

ISO is the third component of the exposure triangle. We will talk more about this in future articles.