Articles Do It Yourself Equipment Film Handle
0 Comments 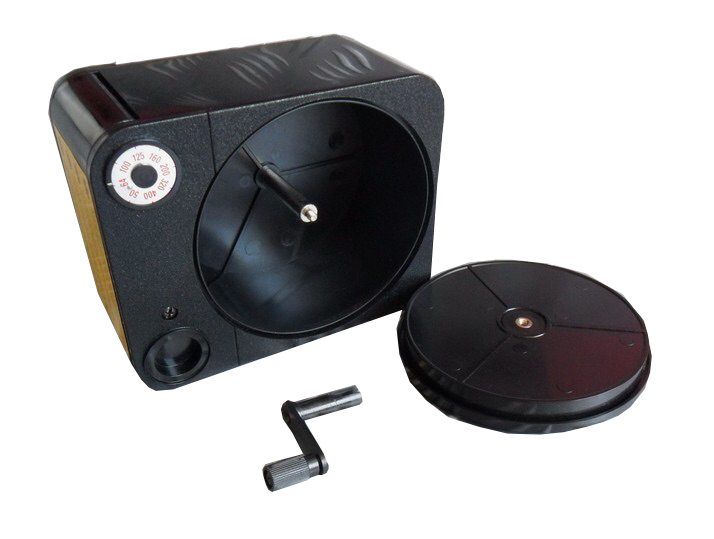 To lower the film budget, film companies sales a more inexpensive option in a form of bulk films rolls (17 or 30 meters long). These rolls allow the photographer to do by himself the cartridges film load.

You will need several used empty rolls cartridges with just a little of film at end so you can it tape to the film roll and can load new film inside (if you use a camera with DX sensor, use a cartridge with the same DX code of the bulk film ISO, or use the camera Manual ISO configurations, or buy DX labels). You can load as many frames you want, usually the film loader have a frame counter. I normally load 24/36 frames.

You also need a film loader (see bottom pictures). Is very easy to operate. Mine is an AP model.

Bulk film must be load into the film loader in complete darkness. First, open the rear cover and unscrew the central screw. Then, insert the cartridge loading handle (this force the opening of the light-proof socket film gate inside the loader) so we can start the bulk film install.

Keep in mind that when the handle isn’t inserted, you cannot advance the film through the film gate – this is necessary only when load the bulk roll!

Open the film bag in complete darkness. Find the film edge (normally glued with tape). Take the tape out and insert the film edge inside the film channel (in the direction of the film gate). Rotate the bulk film load adjust button (the small button near the dial – see loader front view pictures below) to load just a little of film inside the gate. If the film flows well, we can now close the rear bulk film loader cover and start loading the films!